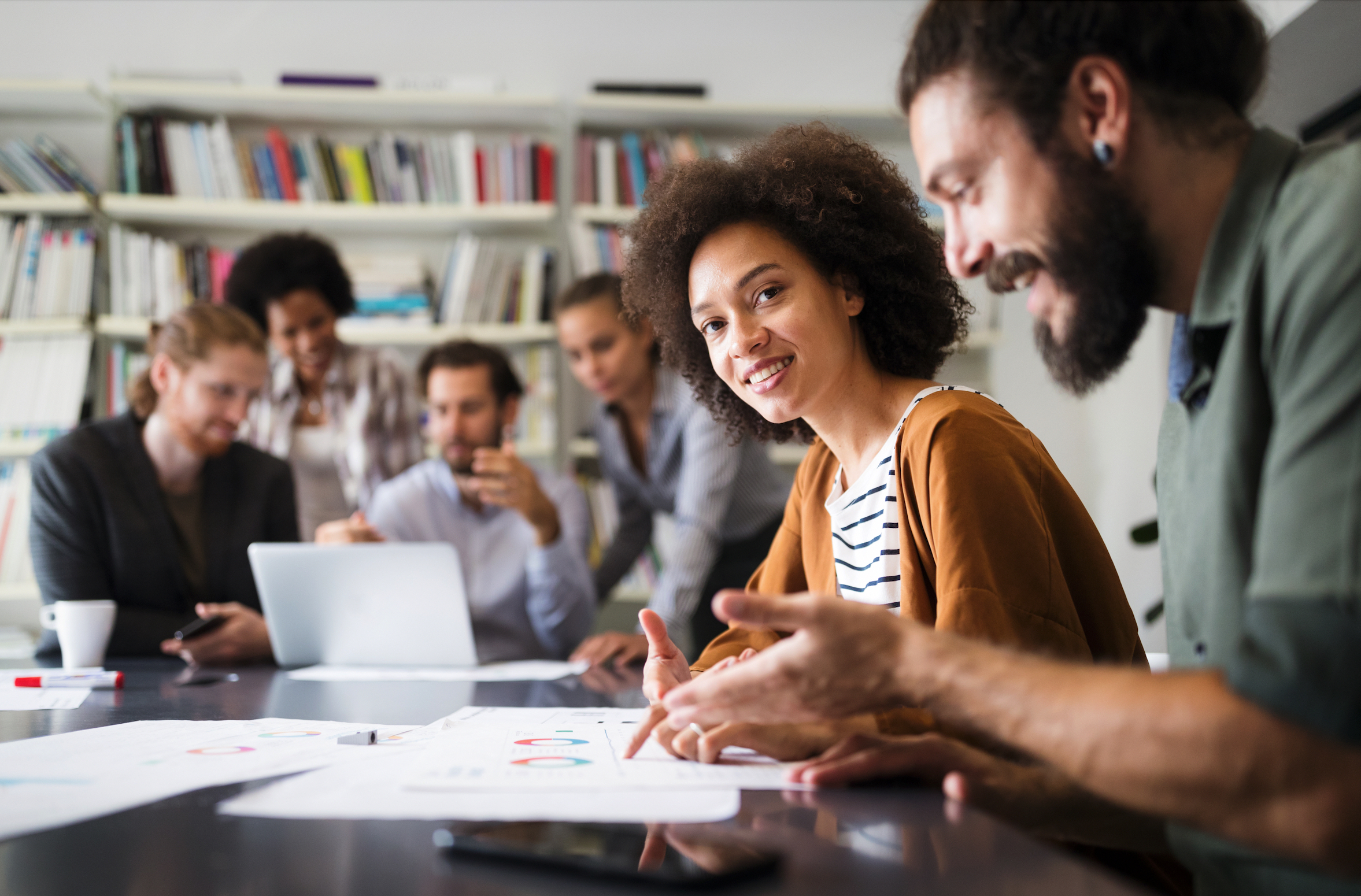 One of the most effective ways to combat corruption, fraud, harassment, discrimination, bullying and other unethical activities in the workplace is through whistleblowing. Therefore, it has been included in the legislation of many countries, including the EU Directive, which states that companies of 250 employees and above have to have implemented a whistleblowing process and education channel before 17 December 2021.

The added benefit of implementing a whistleblowing strategy, is that it creates a company culture where feedback is welcomed and employees no longer have to fear retaliation in the form of harassment, firing, blacklisting, threats and even physical violence.

In this article we share a high-level action plan to help your organisation implement a whistleblowing strategy.

‍
A lot of our societal behaviour depends on the ethics and values that we’ve been taught. From a young age, children learn that obedience, loyalty, and self-reliance are desirable character traits.
‍

From sports to lessons — plenty of youthful activities are focused on teamwork. Schools and parents condition young people for a life of active citizenship — where transgressions of certain behavioural codes are punished. For instance, playground snitches are often ostracised, and “teacher’s pets” are no-one’s favourite friends.

The expression “telling tales out of school” is old, dating to the mid-16th century. And while it’s a cautionary idiom for general secret-keeping today, it began as a literal warning to children not to gossip about their peers or report them to the teacher for various wrongdoings.
‍

While most children are taught to report any predatory or wrong behaviour by adults immediately — the message is a lot more muddled when it comes to telling on other kids. Our society teaches us that people within a group should stick together — even when an individual member has done something wrong and should face justice.
‍

These values of loyalty and integrity are attractive to organisations — especially companies. They want responsible employees — people who will do what is asked of them in a dutiful and timely manner. However, there are situations where loyalty is not the primary value that people go by — and with good reason.
‍

Whistleblowing is a practice that often turns conventional wisdom and ethics on its head. And whistleblowers frequently contend with moral hazards that stem from the secrecy and disloyalty that surrounds whistleblowing.
‍

However, while whistleblowing may seem to fly in the face of some core values — individuals and companies need to realise that this is actually not the case. Whistleblowers are not disloyal to the company — rather, they’re the most loyal members of the group, who are ready to risk their own jobs to see the company prosper and get back on the right track.
‍

All companies hold passionate and committed employees in great esteem. However, this can present a problem for whistleblowing — which is why a clearly laid out process for whistleblower reporting needs to be internalised. This will ensure that all other employees treat whistleblowers with respect and dignity.
‍

A more muddled process would leave whistleblowers vulnerable to pressure from company stakeholders or even other employees who feel like the whistleblowers are malicious towards the company.
‍

Preparation must begin with a written policy on whistleblowing — one that raises awareness on the issue and ensures that the proper resources are in place. This policy should start with the definitions of terms related to whistleblowing — with a nice balance between flexibility, clarity, and prescription.
‍

Companies should consider whether to follow pre-existing regulatory definitions here or devise more specific definitions. Any written procedure on whistleblowing must include its definition and an outline of the process.
‍

Above all else, employees and managers must realise that whistleblowing is a separate and distinct interaction compared to regular reporting and conversations. Informal communication with a manager or even openly expressed critical thoughts are not whistleblowing. Instead, whistleblowers must have the option to report their findings anonymously, confidentiality, but still on the record.

‍
Clearly, whistleblowing is as uncomfortable as it is necessary — and it requires all companies to decide on uncomfortable issues while going through honest introspection.

However, the company can address some of the major disincentives for whistleblowers — such as fear of their identity being exposed or the fear of potential victimisation by their peers.
‍

‍
Nudging is more powerful than most people think. It’s a way of providing choices to individuals or groups without explicitly forbidding them certain options or significantly altering their economic incentives — but still influencing their behaviour. These are encouragements — not orders or mandates.
‍

Banning unhealthy food would be a mandate — but putting fruit and nuts in easy-to-reach places in shops would be a nudge. And these can be just as powerful, which is why companies should consider them when organising whistleblower policies as well.
‍

Potential whistleblowers should have the small personal satisfaction of being appreciated for what they’ve done instead of being published. A simple thank you letter from the board chairman or an extra holiday will go a long way.
‍

Also, codifying whistleblowing and even making it compulsory in certain situations can be a good idea — this removes a lot of the pressure and stress people have when deciding whether to go through with their report. This way, they can simply say they were following rules.
‍

Finally, companies may consider financial rewards for whistleblowers as well — this is practically guaranteed to raise the number of reports internally presented to the company. And while this is great, it’s not a catch-all solution; it can also result in overreporting and exaggerated or even false reports.
‍

If the payment criteria are not made clear, potential whistleblowers may collate the evidence or perform their own private investigations into the matter. Also, a promise of financial reward can put the company in riskier legal waters while propagating the negative stereotypes of whistleblowers as greedy, self-serving individuals rather than helpful peers.
‍

There is something both whistleblowers and companies have in common — they both need persistence and determination to succeed. And both need to go through uncomfortable changes to reap the rewards of their forward thinking and bravery.
‍

Diversity
One of the most uncomfortable issues that the modern workplace faces is the introduction of diversity. Until fairly recently, companies and boardrooms were almost exclusively occupied by white men from similar educational and social backgrounds — a status quo accepted by everyone involved.
‍

This is now changing — and though real change takes decades and generations, it is now well underway. However, while the public discourse has primarily shifted towards diversity, plenty of stakeholders in various positions of power privately defy the “wind of change”.
‍

That has led to many behaviours that are ripe for reporting by whistleblowers — and many of the most important public cases of discrimination or sexual harassment were revealed via whistleblowers. That’s why even those that feel animosity towards internal reporters struggle to find grounds to criticise them openly. In the long run, the positive stance towards whistleblowers must be more widespread and internalised if they’re to garner more support.
‍

‍
Once things go wrong, there isn’t much sympathy for the argument that executives only operate at a high, strategic level. And directors generally don’t want to be perceived as “out of the loop”. Still, they cannot be aware of every operational detail within their companies.
‍

That’s even more reason to support institutionalised whistleblowing — it provides reassurance that if there are problems beneath the surface, they will come to light and be dealt with. At the end of the day, whistleblowing means more scrutiny for decision-makers — but it also means an ability to deal with issues more effectively.

The Qualee platform allows you to provide your staff with an anonymous messaging channel to assure you are 100% compliant with international whistleblowing legislation. Sign up for a Starter Plan with Qualee today! What You Need to Know about Culture Fit Benefits

It suggests that an employee will perform better and stay longer at a job where there’s a culture fit.
Learn more

In this blog post, we list the various advantages of a native app over a mobile website and we explain in detail why you want to choose an app to drive your employee engagement.
Learn more

The Build Vs. Buy Software Dilemma – What Will Work for You?

Are you struggling to quantify the value of building software in-house versus purchasing an external Software-as-a-Service (SaaS) platform?
Learn more