What You Need to Know About Gender Pronouns in the Workplace 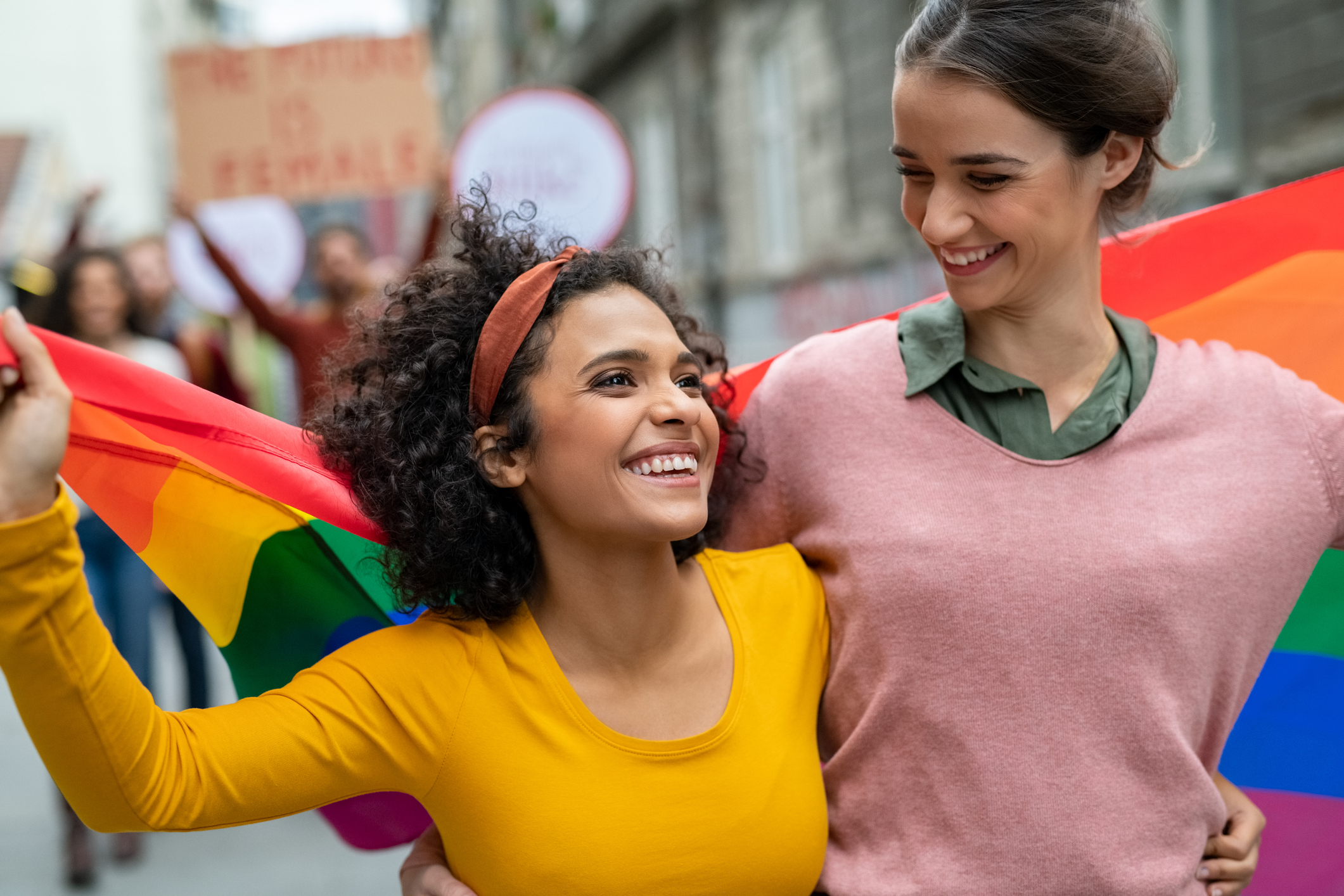 What You Need to Know About Gender Pronouns in the Workplace

The world's understanding of different gender expressions has come a long way. While traditionally gender identity on a binary is seen - that is, identifying as either a man or a woman - many people also can identify as both, neither, or with a different idea of their gender entirely.

Gender-expansive identity, which is a blanket term for gender identities that differ from the gender someone was assigned at birth, can be difficult to understand for people who are cisgender, or who identify with the gender they were assigned at birth.

What is a Gender Pronoun?

‍Gender pronouns are, quite simply, the pronouns you and other people, identify with. Most commonly, you'll come across people who use she/her/hers, or he/him/his. However, not everyone identifies with these binary pronouns. Instead, you may come across trans or gender-expansive employees who use they/them/theirs because they don't identify with the binary.

Other people may not identify with any of these pronouns, and these people may be happier being referred to only with their name, or with other pronouns, like ze/zir or ey/em. You can find a full list of pronouns used by gender-expansive people here, but you should also understand that people can, and do, choose to use unique pronouns that the individual feels suits them best.

Many people also identify with a combination of pronouns. So, for example, someone might use she/they pronouns, which means they're comfortable people using either she or they when referring to them.

So, for example, let's say employees are discussing a conversation they had with their manager Jen, who uses she/they pronouns:

Take the following sentence as an example:

“Guys, you won't believe my weekend! We had to call out the firemen because some guy set fire to the big bin in the car park. My girlfriend was panicking but the chap on the phone was a real gent and calmed her down”

This sentence would be using gendered language because the speaker uses terms like “guys, “firemen”, “chap”, and “gent” that assumes someone's gender identity. To make this gender-inclusive, you would say:

“Hey everybody, you won't believe my weekend! We had to call out the fire service because someone set fire to the big bin in the car park. My partner was panicking but the person on the phone was lovely and calmed her down”

Why are Gender Pronouns Important?

‍There is nothing more personal to you than your name and how you identify. Even if you're cisgender, you'll know how uncomfortable it feels when someone mispronounces your name, uses a name that isn't yours or assumes your gender before they meet you.

When you compound that discomfort with the hundreds of years of oppression and discrimination that transgender folks and gender-nonconforming people have faced, you can imagine how painful it is for someone with a different gender expression to be misgendered.

For non-binary people, genderfluid people, or transgender individuals, being referred to by the wrong pronouns can cause a lot of pain, regardless of if someone is struggling with gender dysphoria.

To build an inclusive and diverse workplace, it's important to understand that there are people who do not identify with most commonly used pronouns.  Not only that, but you need to foster a culture that doesn't regard pronouns used by non-cisgender people as “preferred”, but rather, a fact of an employee's identity.

A few years ago, personal pronouns outside of the binary were often referred to as “preferred pronouns”. However, you need to understand that calling them “preferred” gives the illusion that it's optional for people to use them. Regardless of how someone identifies, it's never an option to use pronouns that they don't identify with. ‍

What You Should Do If You Get Someone's Gender Pronouns Wrong ‍

It's important to remember that for the vast majority of people, using gendered language or getting a person's pronouns wrong isn't malicious or a deliberate act of discrimination. Rather, it's because people tend to speak in a certain way, and when this way of speaking or thinking is challenged, it takes time for people to adapt.

With that being said, there's no excuse in the modern world for people to not make the effort to learn the pronoun a person identifies themselves with. So, you need to understand how to go about correcting yourself when you get someone's pronouns wrong.

If You Realise Straight Away

‍ It's perfectly normal to slip up in normal conversation, particularly if you haven't known someone for long, or the person has only recently expressed that different pronouns should be used.

If you're talking to someone in person and you use the wrong pronouns, don't panic, but most importantly, don't make a big deal out of it. Simply correct yourself, like this:

“So I was talking to Andy, and he said...sorry, they said that they're mountain biking this weekend”

If you're using messaging platforms like Slack, then it's worth knowing that you can edit your message once you've sent it, allowing you to easily correct yourself.

However, if you're in an email chain and you can't edit the message you've sent, don't hit “Reply All” with a retraction. Just email the person whose pronouns you got wrong and apologise in private, and ask if that person would like you to make a public correction.

It's important to remember that even if you know someone's gender identity, the person may not be “out” to everyone, particularly if you're in a discussion with people in other departments or third parties. ‍

If You Realise Afterwards

‍Again, don't make a big deal out of getting someone's pronouns wrong. However, you need to make a mental note and a conscious effort to not let the same mistake happen again. If you got someone's pronouns in the workplace wrong while talking to that person, and you don't realise until later on, make sure to message or email them with a short apology, like:

“I just realised that I used the wrong pronouns for you earlier, and I'm really sorry”.

Most people are tempted to make a big deal and say things that make the other person feel responsible for comforting you. So, avoid saying things like:

“You're the first trans person I've ever met and it's hard for me to get your pronouns right, but I'm trying”

How to Ask for Someone's Gender Pronouns ‍

Asking for someone's pronouns might sound awkward, but that's only because it's a relatively new conversational convention. Thankfully, you've got a lot of options when it comes to asking someone for their pronouns.

The best way to start a conversation about pronouns is to share your own pronouns when you meet someone new. This could sound something like this:

“Good morning! My name's Emily, and I use she/her pronouns” “Hey, I'm John, and I'm happy with being called he or they”

Alternatively, you can ask someone for their pronouns like this:

The key thing to remember is that even if someone uses the pronoun they or the person uses neopronouns, don't try to argue that these pronouns are grammatically incorrect. You probably already use the singular they without realising it - such as “oh, they left their umbrella!” - so that's no excuse not to respect someone's pronouns.

“What pronouns do you use, and when should I use them?”

To build an inclusive workplace, one important part is to recognise that asking for pronouns should be the rule for everyone. Asking people who “look” trans, non-binary, or as any other gender identity outside of the binary singles them out, no matter how well-intentioned asking for their pronouns is.

Similarly, it's important not to assume anyone's pronouns before you meet them. You can do this by using they or them pronouns, or simply using the person's name until they've said what pronouns they're happy for you to use on a regular basis. ‍

‍ The best time to get someone's pronouns is during onboarding. When you use onboarding software like Qualee, you can ask for someone's pronouns during the onboarding process. This both helps HR professionals make it clear that you value building an inclusive culture, and it ensures that you get everyone's correct pronouns on file for future communications.

With Qualee, you can message new employees during pre-boarding on onboarding on a one-on-one basis, so you can ask employees about their pronouns and what they'd like to share with their manager and coworkers. This helps you to build an inclusive culture where you can avoid outing gender-diverse people, but you still know about their identity in case they need additional support. ‍

Email signatures help you to communicate that you value an inclusive culture without outwardly having to state what your pronouns are. There's been a greater push for sharing pronouns in email signatures in recent years, and it's a good way forward because it ensures that everyone feels empowered to share their gender pronouns without fear of outing themselves as trans, non-binary, or gender diverse.

Typically, the way people write down their pronouns is, for example, she/her or he/him/his. As mentioned earlier, this could also be a combination of pronouns, like “she/they” or “they/ze”.

When you're adding pronouns to your email signature, add them straight after your name, like this:

In summary - asking for, understanding, and using someone's correct pronouns is a key part of a diverse and inclusive workplace. With 2% of the population identifying themselves as transgender, non-binary, genderfluid, or gender diverse [1], building a culture where these people are seen, heard, and respected ensures that you can hold on to your top employees regardless of how they identify.

Create customised onboarding journeys and promote an inclusive company, by asking the right questions from the beginning with Qualee - sign up for our FREE Starter Plan today. The Key HR Employee Engagement Metrics Every Organization Should Measure

What Is the Ideal Duration of the Employee Onboarding Period?

Keep reading to learn all about the three essential stages of an onboarding timeline!
Learn more

Employees and employers have both realised that putting in long hours in the office isn’t a necessary precursor to productivity.
Learn more