The Five Benefits of Whistleblowing 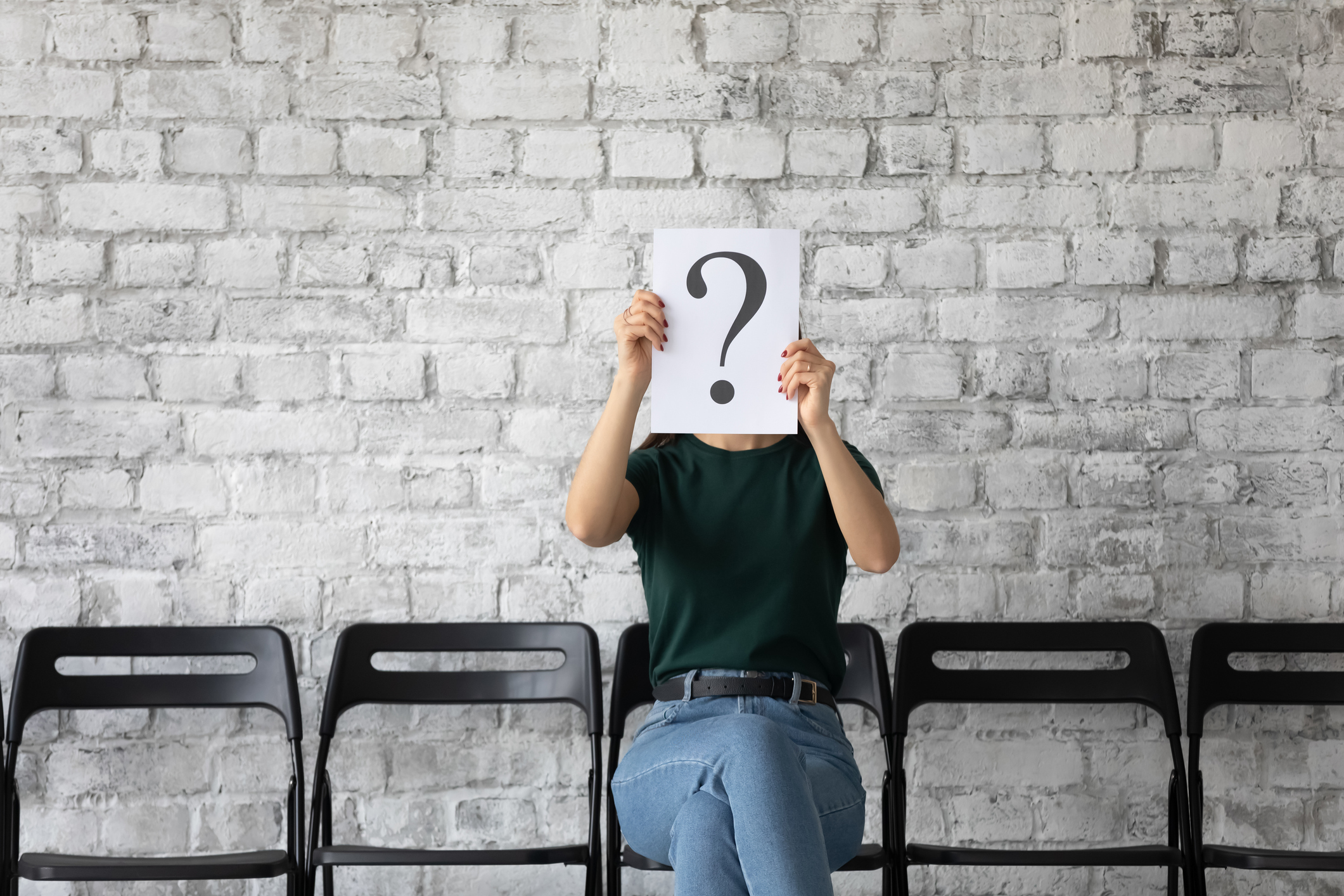 The Five Benefits of Whistleblowing

Whistleblowing culture is an essential aspect of the checks and balances system within any company. It provides companies with protection from reputational risks and similar issues brought about by factors such as illegal activities or other unethical behaviour by certain parties inside a company. In addition, when employees are confident in their ability to blow the whistle potentially, the entire company enjoys a culture of positivity and shared responsibility.

‍ Individuals don't often make the call to blow the whistle — it's not a call that's made lightly, which is why companies need to show a deep commitment to whistleblowing mechanisms. If a company encourages whistleblowing, it shows a willingness to self-improve and a respectful attitude towards employees.

‍ It's essential to treat whistleblowers without any hostility — they are not enemies of the company. They are people who didn't want to give up on it and let it go to ruin. By speaking up, they give their company the benefit of the doubt, believing that mistakes will be corrected and that crucial stakeholders will listen.

‍ Whistleblowing can be hugely beneficial to any company. A 2016 ACFE report by the Association of Certified Fraud Examiners [2] found that over 40% of fraud cases were only detected through internal reporting. In this article, we'll identify the benefits of having a whistleblowing solution in place.

But First, Let Us Explain What a Whistleblower Is...

One of the most common questions we get asked is: "What is a whistleblower?"

‍ A decent degree of internal control is essential to any company — and when all other control systems fail, whistleblowing is the last line of defence against wrongdoing. Moreover, it allows companies to get raw, untainted feedback — information that's not guided by (potentially malicious) self-interest. In many cases, a whistleblower reports matters that weren't previously known to company executives — and even when an issue was previously known, its extent often isn't. As a result, whistleblowers can be the crucial wake-up call that a company needs to distance itself from previous wrongdoing — or it can signal an ongoing crisis that needs to be deal with. ‍

Whistleblowing is almost always expensive in the short term — but indispensable over the long run. For instance, Toyota International has pioneered an “andon” production system — the phrase roughly translates to “signal” or “sign”. In Toyota's manufacturing plants, it's a visual aid that shows where immediate action is necessary. It can be activated by any employee working in the production line if they notice a problem — and the production is immediately halted until the problem is fixed, regardless of the expense. ‍

To prepare for the future, successful companies anticipate their future needs and invest in their employees' complementary skills and knowledge. At their best, companies are not just profit machines — they are also learning organisations. And whistleblowing is a show-stopper that forces businesses to halt, get a lay of the land, and face difficult lessons ‍

Today, all aeroplanes contain recording devices called “black boxes”. In case of a disastrous crash, aircraft manufacturers and airlines can use these to learn what went wrong — and to implement the needed safety and security measures to prevent such a disaster from happening in the future. ‍

3. It Empowers People and Creates an Open Culture

Modern management is less hierarchical than ever — but people still have a hard time standing up to their superiors. After all, higher-ups make important decisions on the employment, promotion, and remuneration of their subordinates. That's another reason why whistleblowing is an important mechanism in modern corporate culture — it allows lower-ranked employees to provide valuable feedback without concern for their career or potential repercussions. ‍

A rigid hierarchical structure is always maintained in the military and emergency services (like the police). However, even in such conditions, subordinates can speak up in life-threatening situations. Oversight over the care for vulnerable adults and children cannot function without whistleblowing. And while companies invest in their employees' professional development, those resources are wasted without proper whistleblowing mechanisms. Without established channels for whistleblowing, employees may not feel empowered and motivated enough to work for the benefit of the company - and their stress levels will be heightened as a result. ‍

‍ Whistleblowing gives decision-makers a unique perspective on the company — one they couldn't get any other way. There are plenty of aspects of a business that company boards can't determine truthfully without support from whistleblowing reports. However, the number of whistleblowers that a company has in a single year cannot be easily interpreted as success or failure. On the one hand, more whistleblowers may mean an improvement of the company's employee policies — and on the other, it could mean serious issues that are slowly surfacing. Whistleblowing doesn't easily lend itself to a simple binary approach — and the information it produces requires a lot of careful scrutiny. However, the important thing is that it inspires a culture of debate and thought exchange. ‍

Whistleblowing can produce an array of difficult conversations — but the increasingly transparent world of business is fraught with conversations that many executives would rather not have. For example, the recent reveals of gender pay gaps have resulted in deep discussions on the future of work and the division of power and wealth. Different comparisons are springing up — from racial, ethnic, and religious to gender-based disparities. ‍

Today's generation Y doesn't have the same workplace attitude compared to older generations. As a result, they have far fewer qualms about questioning the status quo. As such, they appreciate the egalitarian nature of corporate whistleblowing. With that in mind, a clear and supportive whistleblowing structure attracts younger talent and inspires confidence in regulators, suppliers, customers, and employees.

Encouraging people to report suspected wrongdoing is a very effective tool in fighting or preventing occupational fraud or unfair treatment in the workplace. In most cases, just having a whistleblowing system is enough to deter people from committing any misconduct in fear of legal prosecution.

7. Avoid Reputational Damage or Public Scandal of a Large Proportion

When a serious issue is raised through internal reports, it allows the department in charge of tackling it to take any action that addresses wrongdoing discreetly. Implementing an "anonymous reporting" system can also greatly encourage your workers to take steps in raising awareness about serious fraud and other misconducts without worrying about their safety.

Without a proper whistleblowing system, the whistleblower may disclose the information to a public source. This could not only damage your company's reputation, it could also force you to pay major fines and face disciplinary action.

To make the reporting process smooth, a company should adopt an organisational whistleblowing system or whistleblower policy that addresses several points, including:

What Type of Issues Should Be Reported?

To avoid confusion, give your employers examples of issues that they should report. This may include accounting fraud, contract fixing, social discrimination, theft of company and so forth. Employers can also report about scenarios where they are treated unfairly by a colleague or a superior.

When Should Employees Report Misconduct?

In most cases, companies should make it clear to employees that they can and should report concerns they see, event if they are not directly involved.

In many whistleblowing case, giving the employees working in your company means to keep their identities a secret when doing the ethical thing helps protect them against bullying and goes a long way in preventing detrimental treatment. This type of policy is also effective in directly protecting your whistleblowers from retaliation.

The EU Whistleblower Protection Directive, passed in 2019 [1] requires companies with 50+ employees to provide an appropriate mechanism of communication to all staff members before December 2021. Qualee's whistleblowing feature provides anonymous messaging capabilities, native to the Qualee app, allowing employees to report illegal or unethical activity and companies to keep their communications streamlined within one platform. Employees can directly message their company's coordinator, in real-time and use the anonymous channel as desired, giving them the confidence that their voice is heard.

Assure you are 100% compliant with international whistleblowing legislation and sign up with Qualee today.

You might be interested in the following resources:
Calculate onboarding ROI using our Onboarding Cost Calculator
‍Learn about our Employee Engagement Platform
‍Trial our Employee Onboarding App
Our Recommended Exit Interview Questions for an Effective Offboarding Experience Guess What Motivates Your Employees?

Use Cases of a Whistleblowing Solution

The Qualities of a Great HR Leader

What Is the Role of an HR Analyst and Why Is It Important?
Explore More Posts
See All

What Is the Difference Between an Exempt and Non-Exempt Employee?

Learn more about what sets these categories of workers protected under the FLSA apart.
Learn more

What Is the Difference Between HR Staffing and Recruitment?
Learn more